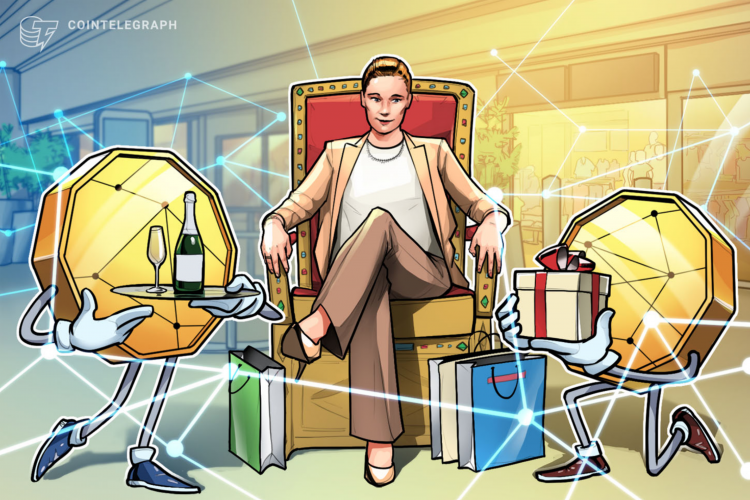 Retailers have been offering loyalty schemes for decades — but ensuring they are attractive enough to generate repeat customers is easier said than done.

Bond’s Loyalty Report, which surveyed 55,000 consumers in 2019, exposed these challenges in a stark way. Although 73% of those polled said they were more likely to recommend a brand with a good loyalty program, personalization is proving crucial for keeping these shoppers engaged — and just 22% are very satisfied that the rewards they are offered are matched to their individual interests.

Overall, retail initiatives are failing to keep up with customer demand. Just 44% are very satisfied with the programs they use. There are recurring issues that even the biggest companies are failing to address. Sometimes, their schemes are simply too complicated for users to get their heads around, leaving them unsure about what the points they have accrued are actually worth. In other cases, shoppers abandon programs because the returns are disappointing. With hundreds and even thousands of brands offering their own cards and accounts, the process of registering for each one individually and remembering to use them all can be overwhelming. And, on top of all this, too many retailers are failing to reach their target market on smartphones — either through instant messaging, social media or custom-built apps.

This led professional services firm KPMG to release a report calling for loyalty schemes to be given a wide-reaching rethink. Almost two-fifths of consumers polled encountered a problem with a loyalty program they used over a six-month period. But here’s the thing: Businesses can hit a lucrative sweet spot if they get their proposition right. KPMG’s research also revealed that 2 in 3 shoppers end up making special trips to earn a reward on a compelling loyalty program — and better still, 3 in 5 shoppers would actually be prepared to pay a little more for goods and services if they had the chance to accrue points, discounts or free products.

What’s the solution for giving consumers what they want and ensuring that loyalty programs are viable for businesses? Well, with crypto and blockchain already upending countless other industries, it seems inevitable that this one would be ripe for disruption too.

Digital tokens are beginning to gain momentum, attracting younger audiences who may not be interested or engaged with credit-card loyalty programs or frequent-flyer initiatives. Plus, given how many schemes in the fiat world offer rewards that end up expiring all of a sudden, cryptocurrencies have the benefit of being more permanent. Major players such as Rakuten are exploring this potential, developing a coin that loyal users could convert into cold, hard cash if they wanted to. Other brands are building platforms where customers are rewarded for frequent purchases with points that can be exchanged for Bitcoin.

Businesses are starting to get fed up with investing so much in offering loyalty schemes that end up inactive. Retailers and merchants are paying tens of billions of dollars a year to companies that provide the infrastructure for such initiatives — and research suggests that blockchain could slash these costs dramatically.

For many crypto-based loyalty scheme providers, it’s also about placing the power back in the hands of consumers. Attitudes are beginning to change. Back in the day, it used to be the case that points accrued from a coffee shop would have to be spent at that same chain. But now, multiple brands are coming together under one roof — enabling them to attract a wider audience and welcome shoppers through their doors who may not have made a purchase before.

“A token of discovery”

One company that’s making a foray into the crypto-focused loyalty market is MozoX, which bills itself as a “token of discovery.”

Although its concept is firmly rooted in the future, the company has taken a novel approach by blending the realms of e-commerce and brick-and-mortar retail. It is aiming to motivate shoppers to return to offline stores — driving footfall in malls. The platform’s vision is to entice the public by enabling them to receive MozoX tokens through airdrops established by participating retail outlets, malls and venues simply by visiting their offline locations or by making a purchase. Over time, these tokens can be accrued and redeemed against products and services at any of these venues — “giving shoppers choice, flexibility and convenience,” according to the company.

MozoX says that its cryptocurrency will be easy to transfer and trade on major exchanges, storable in major wallets and purchasable using fiat currencies, including U.S., Hong Kong and Singapore dollars. The company estimates that the worldwide loyalty market is worth a cool $300 billion, with 91 million stores using loyalty schemes to some extent. Executives say they have already signed memorandums of understanding to roll out its technology in 90,000 stores over the next three years — potentially reaching 13 million shoppers — and that its app value proposition to merchants compared favorably to the likes of Facebook and Uber Eats because MozoX guarantees foot traffic.

Round one of an initial exchange offering is set to take place on the LAToken platform from Nov. 25 to Dec. 25, and MozoX tokens can be purchased using Bitcoin, Ether or Tether.

Mozo is off to a hot start! In just the first two weeks of our…