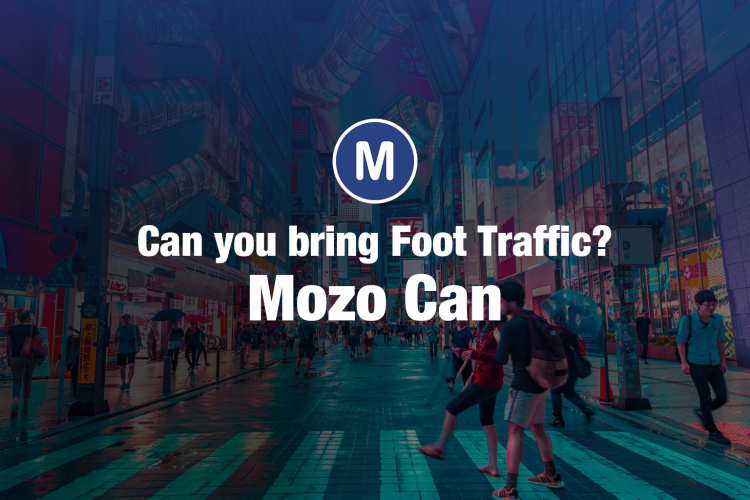 The transaction fee is so much lower and its result is far superior to social media ads, that no business can refuse: 100% foot traffic, guaranteed

A recent A.C. Nielsen consumer study showed that reward programs help drive more frequent visits and a greater number of purchases. More than seven in ten global respondents (72%) agreed that, all other factors being equal, they would buy from a merchant with a reward program over one without. Taking this cue and commenting on the pilot, Project Mozo CEO, Mr Giang Phung, said, “Mozo wants to prove that by giving consumers free tokens as a reward for foot traffic and allowing consumers to buy the best discounts as redemption incentives, our platform participants will have higher sales than those without.”

SINGAPORE, OCTOBER 1ST, 2020, Mozox Pte. Ltd, a Singapore-based company that owns and operates, Mozo, an advertising platform that guarantees foot traffic to businesses, announces the launch of a pilot program with a dozen local brands in Hochiminh City, Vietnam.

Mozo’s vision is to entice the public by enabling them to receive tokens through airdrops established by participating businesses simply by visiting their locations or by making a purchase. Over time, these tokens can be accrued and redeemed against products and services at any of these venues — “allowing consumers to pay less while giving them choice, flexibility and convenience”.

Hochiminh City was chosen for this pilot because it is one of the fastest growing markets in the Asia-Pacific Region; and the place where Mozo was first developed. According to the city’s 2019 census and tourism estimate, there are 9 million people living in Hochiminh city proper, 21 million in the metropolitan area and 7.5 million international tourists visited, giving Mozo  exposure to a market of around 5.0 billion consumer’s annual foot traffic.

Foot traffic is important to many businesses as greater foot traffic should correlate into higher sales. The dozen local brands, representing a cross section of retail, F&B and services, have agreed to join Mozo’s 2-month pilot program to influence consumers’ “where-to-go” decisions. Rewarding foot traffic is achieved (via Mozo’s highly accurate bluetooth beacons, which are mounted inside their premises) by dropping free tokens into the consumer’s digital wallet in the Consumer App.

To use, open Mozo app, turn on bluetooth, search and buy what you fancy. Then, go to the store, show your QR code and pay less.

Mozo advertising platform charges businesses a transaction fee to bring each foot-traffic through their doors, maintaining its moto, “no foot traffic, no fee”. The transaction fee is so much lower and its result is far superior to social media ads, that no business can refuse: 100% foot traffic, guaranteed. During the 2-month pilot period, Mozo has agreed to waive all fees.

Mozox Pte. Ltd. is a privately owned technology company, incorporated in the Republic of Singapore. Mozo is its flagship product, which is an advertising platform that guarantees foot traffic in Retail, Food & Beverage, Services and Hospitality industry.

More information can be found at: http://www.mozocoin.io

Introducing Mozo, The Token of Discovery

Mozo is a token to discover the future of commerce. A future where Mozo becomes…

Mozo is NOT a concept, our technologies are proven