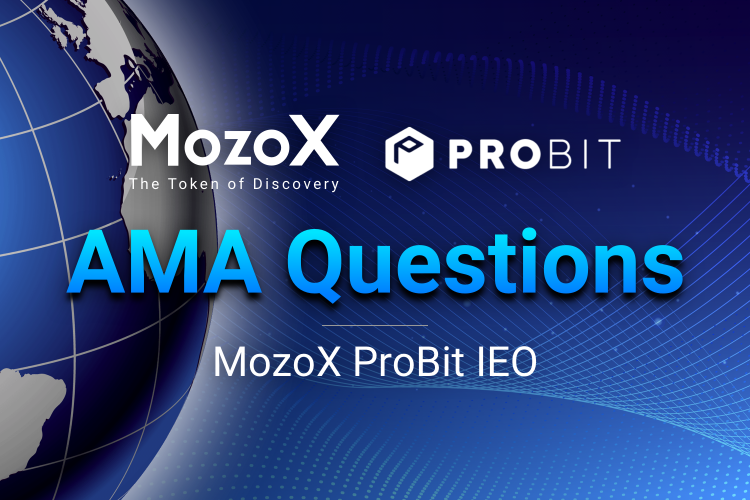 Q1. What is the meaning of MozoX? I wonder if there is any meaning to represent the project.

Answer: “Mozo” comes from the Spanish word for the person who helps passengers with luggage at a train station; similar to a porter. So, the concept is that MozoX is something that helps customers.

Q2. How far is the technology development going?

Answer: Development is completed. The MozoX platform is operational on AWS and ready for rollout. The Business and Customer apps are available on Google Play and the Apple Store. To date, we already have about 45,000 users and are deployed at 257 retail spaces

Q3. Is there any possibility that my location will be exposed irrespective of my intention with the use of IPS technology? There seems to be a possibility of crime being misused.

Answer: No. We have a strict privacy policy on how and when your information can be used which is available on our website and on our apps.

Q4. What are some of the advantages of Mozox?

Answer: For retailers, MozoX can help drive foot traffic to their locations through airdrop incentives and the real-time display of deals.

For customers, MozoX is a cross-merchant digital coupon program that rewards them for visiting participating retailers. Unlike typical loyalty programs, MozoX tokens can be used throughout the merchant ecosystem making them much more flexible, easy to understand and use, and therefore, we think more valuable.

For contributors, we think that when MozoX is adopted the demand for MozoX tokens will increase dramatically, thereby creating a vibrant exchange market for them.

Q5. If the partnership is based, it may be possible to integrate with similar projects in the future. Do you have any plans?

Answer: We already have a partnership with the most prominent event venue operator in Vietnam. We developed an e-parking mini-app to help relieve parking congestion at their venues. This required integration with their security camera system which we accomplished and are now rolling out to 3 of their venues.

In previous versions of MozoX, we integrated our platform with payment, logistics, inventory, and POS systems and so are very well versed in doing this. MozoX is extremely flexible and so we are open and welcome integration with other systems where it makes sense.

Q6. I’d like to know about the price defense plan after listing. Buy-back, lockups, token burning etc. (I fully understand the value of companies and tokens, but I believe that fluctuations in prices after listing will ultimately result in value consequences. Do you have a separate policy on lowering prices?)

Answer: We lock up all merchant and consumer wallets for the next 3 years.

Q7. It has been reported that over three years it has reached 90,000 stores, potentially 13 million customers. I don’t think the MOU guarantees the use of tokens. What are the schedules and plans that can be used or expanded?

Answer: Certainly, MOUs do not equate to guarantees reaching the targets set forth in our white paper and on our website. We are turning those MOUs into definitive contracts and if these partners do not perform then we will replace them with those that can. That said, the MOUs demonstrate the interest in MozoX and so we are confident that with sufficient funding we can meet these targets.

Q8. In order to get customers to an offline store, you need to have a lot of airdrops in order to get to the store. How many coin airdrops do you receive when you visit the store?

Answer: The number of MozoX tokens airdropped to a shopper is determined by the merchant, though we recommend 2,000 MozoX tokens for Vietnam and 5,000 MozoX for Korea. If you think about it in terms of marketing spending w think it is a more efficient use of monies than Facebook or Google Ads, since MozoX tokens are not airdropped until the shopper is literally in the store, whereas FB and Google charge on a per-click basis which does not guarantee that person will ever visit the store.

Q9. MozoX coin is known as a blockchain-based solution that can increase and control the traffic of offline stores in places or retail stores. I wonder when commercialization is possible. (I wonder if there is a store where MozoX is installed in Korea and can receive airdrops.)

Answer: To date, MozoX is piloting at 20 stores in the Dongdaemun area. We also have set up 500 GPS Hotspots throughout Seoul where users of MozoX can get MozoX tokens airdropped into the wallet on the Customer App.

Q10. I always think that looking at the white papers of various companies would be the best company if they were executed as it is, but I have seen so many cases that almost all blockchain companies fall down on their way. So, what I value most is the capital and investment that can lead it as the white paper says.

Answer: As stated above, we have already delivered MozoX 3.2 which is now commercially available. We will continue to enhance MozoX to add the other pillars of the Shopper Paradise we envision, as well as any mini-apps that make the user experience and value proposition even stronger. So, in short, we have already delivered on the technology. Our IEO proceeds will be used principally for marketing initiatives as our product is re4ady for prime time.

The bottom line is, do you have the power to follow the white paper?

What does MozoX think about this idea? If you impress future investors with the belief that you can do what the white paper says, my eyes on MozoX will be different.

Answer: We delivered on everything our original whitepaper promised and are highly confident in our team’s ability to continue enhancing MozoX so that it becomes the retail app of choice for customers and retailers.

Q11. I would like to know more listing plans after listing ProBit.

Answer: We will be listed on LAToken and are already approved for listing on Liquid. We will be strategic when it comes to which exchanges we will seek to list on, as we don’t feel it is necessary to be on too many.

Q12. Will you proceed with the 3rd IEO after the 2nd IEO?

Q13. The market in Southeast Asia is still small. What is the countermeasure?

– In Southeast Asia, however, the bike e-ticket feature, a foot traffic solution in other areas, is being released. (For example)

Answer: Actually, the market in Southeast Asia is quite large at approximately 665 million people. This does not include Korea, Japan or, of course, China. We certainly think of MozoX as a truly global platform but will grow strategically to ensure that we are prospering in every market we go after.

Q14. What is MozoX’s long-term vision?

HOW TO BUY MOZO TOKENS